Seattle Startup Weekend 2 - Why are Good Developers Hard to Find?

I had a great time at Seattle Startup Weekend 2!

It started out slow for me. I despaired at first when the three things I wanted to work on either had too few people interested, the team didn't show up, or looked to turn into a business plan-fest. But then the folks who had gathered around a Twitter follower management idea finally showed up and the rest was... well... if not history... it was at least epic. Out the end of the weekend we had tweetsum up and running. The project will live on. It has already gotten me back into thinking about writing Rails applications.

Anyway, the subject of this post is why, in my opinion, some of the teams at Seattle Startup Weekend 2 (SSW2) had trouble finding developers. In a word; engagement. 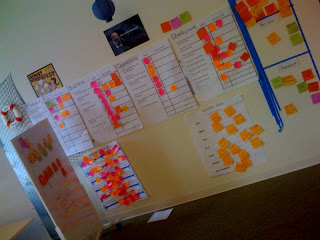 Now, I'm all for having a good business model and a way to monitize your thingie. But there were a couple of teams that clearly thought of the people with development skills as a resource to be used.

I heard from a friend that his group was building something that the group organizer had brought to SSW2 pretty well fully formed from a "what we want it to do and look like" point of view. The team just wasn't open to input on ways to improve it. 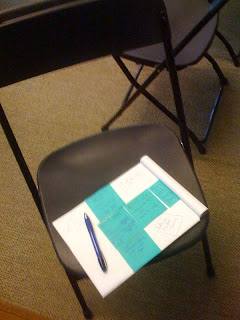 People were amazed at what the tweetsum team got done in just two days. We were able to do this because everyone on the team could do, not just direct. Each and every person was able to contribute directly to getting a site up and running. There was not a single person on the tweetsum team that did not code, configure servers, or perform some other core technical function.

But this is the key thing... they were free to do it any way they wanted.

(For reference, that's tweetsum's specification and process documentation sitting on the folding chair.)

That's right. We had a wealth of developers and designers and technical folks. And we had them specifically because it felt as little like a corporate day job as was humanly possible. In psychobabble terms their locus of control was internal as much as was possible.

The next time you're trying to recruit a team and are finding developers and other technical types hard to find, offer to share control with them. You'll get a lot more interest from the technical folks if you engage them instead of direct them.
Posted by Bruce at 10:59 AM 4 comments:

How to Disable the Confirm File Delete Dialog

The Windows Confirm File Delete Dialog may be one of the most annoying things ever.

You see there's this thing called "the recycle bin" where my files go to when I delete them in Windows. So why the heck do I need to confirm that I want to move something to a place where I can later recover it anyway.

Okay, I'll stop foaming at the mouth any minute now.

On the up side, the folks at Microsoft seem to have actually thought this one through and there's a simple solution. I thoroughly expected to have to hack the registry again. But no...

Lo and behold! At the bottom of the properties dialog is a checkbox for "Display delete confirmation dialog". 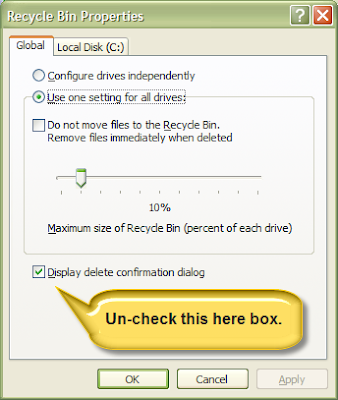 Sweet! Just un-check this sucka and click OK and Bob's your uncle!
Posted by Bruce at 2:30 PM 1 comment:

Email ThisBlogThis!Share to TwitterShare to FacebookShare to Pinterest
Labels: How to, tips, Windows, Windows XP

The Wrong Kind of Advice

While telling someone to ignore naysayers and those that say you should go back and work for someone else is all nice and touchy-feely, it is also often dead wrong. 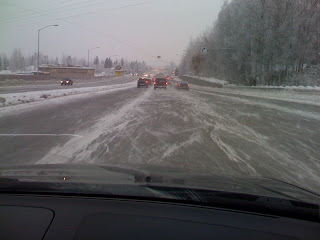 Telling someone that they are just not cut out to be an entrepreneur could be honestly good advice.

Similarly, there are people that are just not cut out to be an entrepreneur. Heck, I may even be one of them. Telling them to just "go for it" or "follow your dream" is REALLY taking the easy road.

In order to give really good advice about this you need to get to know the person. You need to know what their goals are and how the business they are talking about fits into (and drives) their life. This is much harder than reviewing a business or marketing plan. It is much more difficult than assessing a market or opportunity. It requires real honest knowledge of the person and their life goals. It requires a deep understanding of their likes and dislikes, strengths and weaknesses, their vision and their blind spots.

No entrepreneur is perfect and no business model is slated for certain success. Our job is to provide assistance, insights, and even a push in the right direction.

Sometimes the right direction is away from being an entrepreneur.
Posted by Bruce at 2:50 PM 2 comments: